After I made my felted rocks for the  Land Art Challenge, I got a shipment at work with sprayed foam in it. It is really a mess to unpack things that are surrounded by spray foam. It breaks into pieces and sticks to everything and it can’t be recycled. Usually we just throw it all away. But this time when I saw a larger piece of it, I decided I wanted to see if I could cover it with felt to make a rock. Generally, when I have felted an odd shaped object, I just apply the wool and felt it right to the piece. I thought I would try a different method by using a resist and then fitting the felt to the piece after removing the resist. 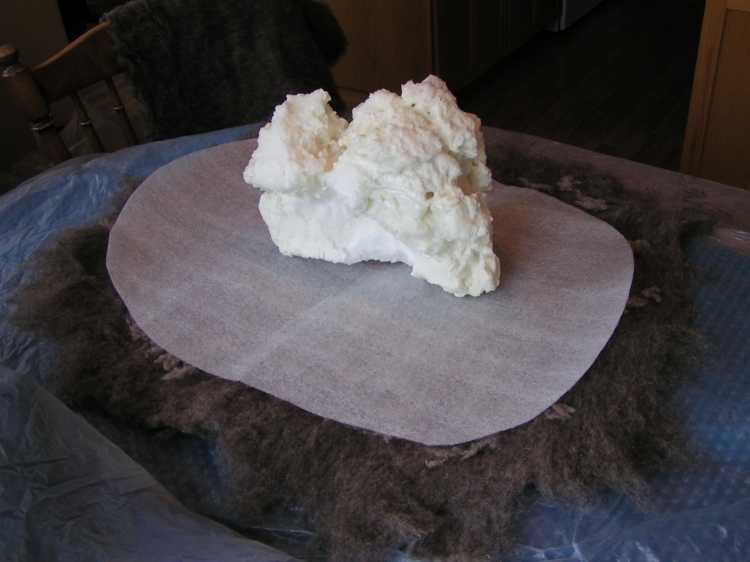 Here’s my foam “rock” sitting on the resist I used which is on the first layer of wool. I used the wool batts that Louise gave me. I don’t know what kind of wool it is but is felts easily. I went ahead and covered the resist, felted until it was holding together and then removed the resist. I put the foam piece inside and realized I had way too much felt. It didn’t shrink as much as I thought it would and the holes in the foam didn’t take up as much wool as I thought either. So I cut out quite a bit of felt to make it fit.

Here it is drying. The pins are there to hold everything in place while it dries. 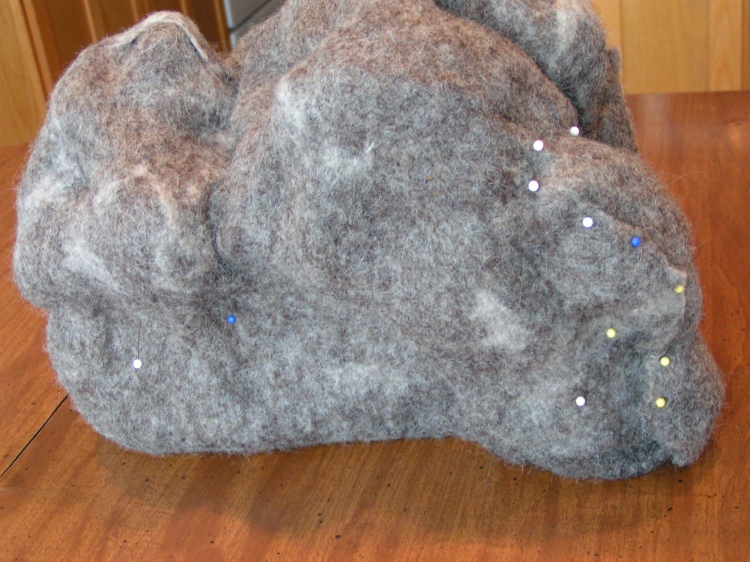 I will needle felt the cut edges together once it is dried so they should not show much at all. I was pleased with the rock but I think it is easier to just apply the wool over an irregular object and felt directly to the object. But it’s always good to try a different method to see how it works. 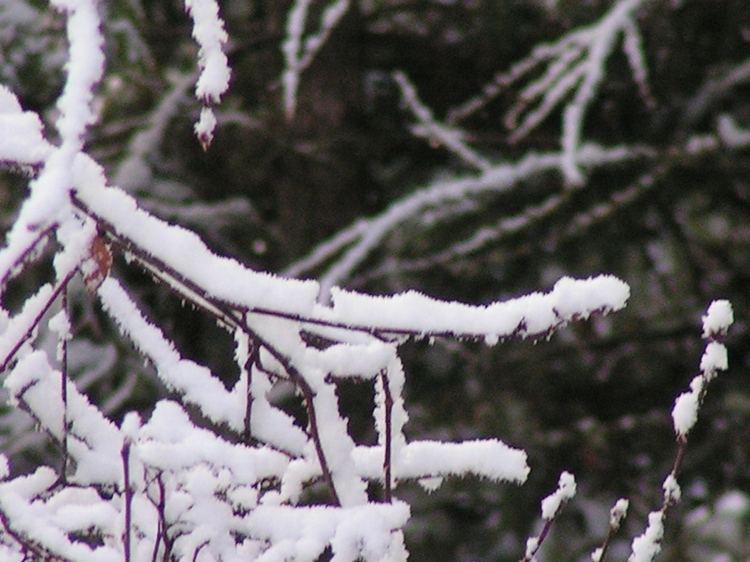 We’ve had quite a bit of snow here over the last week so I leave you with one of the photos that I took while out walking and admiring the winter beauty. 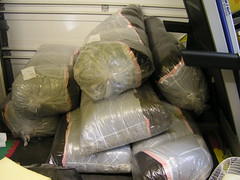